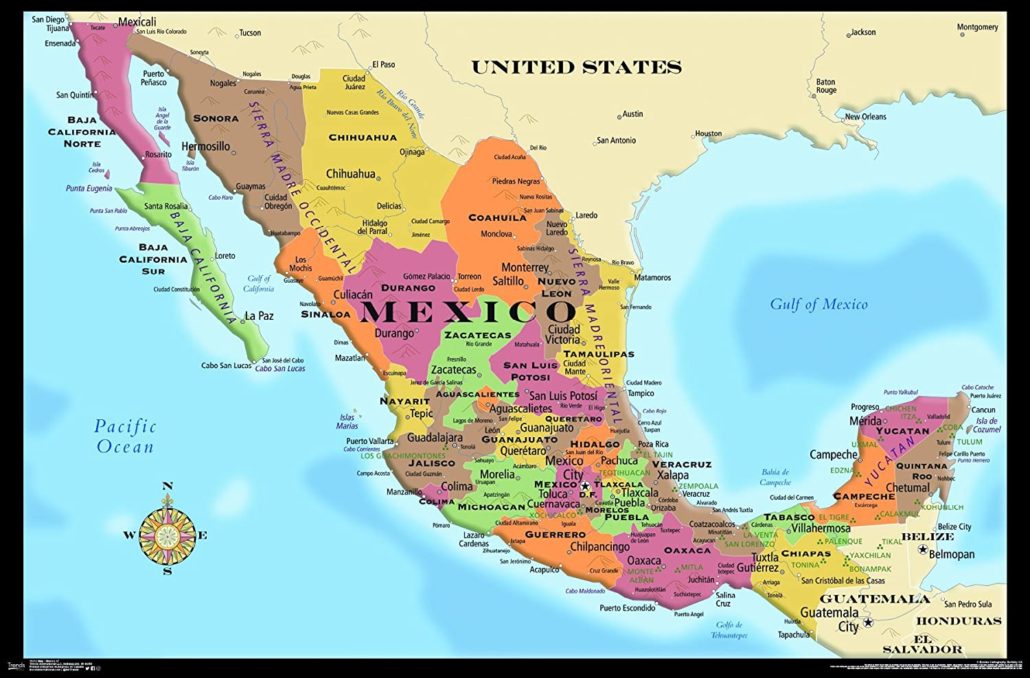 Is Ajijic, Mexico, our Retirement Home? 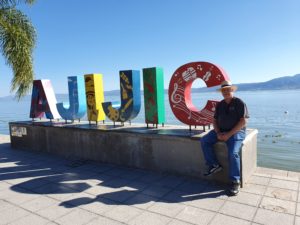 First of all, our thoughts are with all of you during this very unsettled time caused by the Corona virus and we hope you are staying safe at home. We are doing just that here in Ajijic (pronounced Ah-he-heek).  We go for a walk around our neighborhood two or three times a week and usually see no more than 5 or 6 other people.  We keep our distance and wear masks, which are mandatory once outside the house.

Now for an Update!

Those of you who connect with us on Social Media will not be surprised to learn that we have been living in Ajijic since November 2019.  The rest of you might be wondering if we’re lost somewhere in the Mekong Delta in Vietnam!

To be honest, we simply ran out of time and energy after ten years of almost constant travel and something had to give.  We realize we over-estimated our stamina and under-estimated the stress of long-term travel!

That said, we are delighted with our decision to spend a year in Ajijic and will be sharing our experiences with you in the coming months.  We’ll do this mainly in the form of short Videos which you can find here Our YouTube Channel .  Please click the Subscribe button when you are there so you’ll know when new videos are posted!  We hope you’ll enjoy our new adventure with us.

Getting to Know Mexico

The Mexico we knew were the tourist spots of Cancun, Cozumel, Acapulco etc. and it never occurred to us that Mexico could be a place for us to retire!  But after spending the winter of 2018/2019 in San Carlos, Mexico – on the Sea of Cortez – we decided to check out other places with a cooler climate and less desert.  This led us to the village of Ajijic, on the shores of Lake Chapala in the State of Jalisco.

We drove from Florida with the car packed with what we considered essential items only to find that, with Sam’s, Costco and an upscale Mall 40 minutes away in Guadalajara, we didn’t need to bring anything!

We had come up with some “Must Haves” if we were going to settle anywhere for any length of time. The key ones are:

The winter was a little colder than we would have liked but it lasted less than two months. At least it warmed up nicely during the day.

The area is blessed with incredibly beautiful flora.  Flowering trees and shrubs are everywhere, the roads are lined with huge Jacaranda trees – just coming to an end now – and Flamboyants which are starting to bloom.  Other tropical plants such as bougainvillea, Bird of Paradise and poinsettia are among the many plants that decorate gardens and patios.  So colorful! 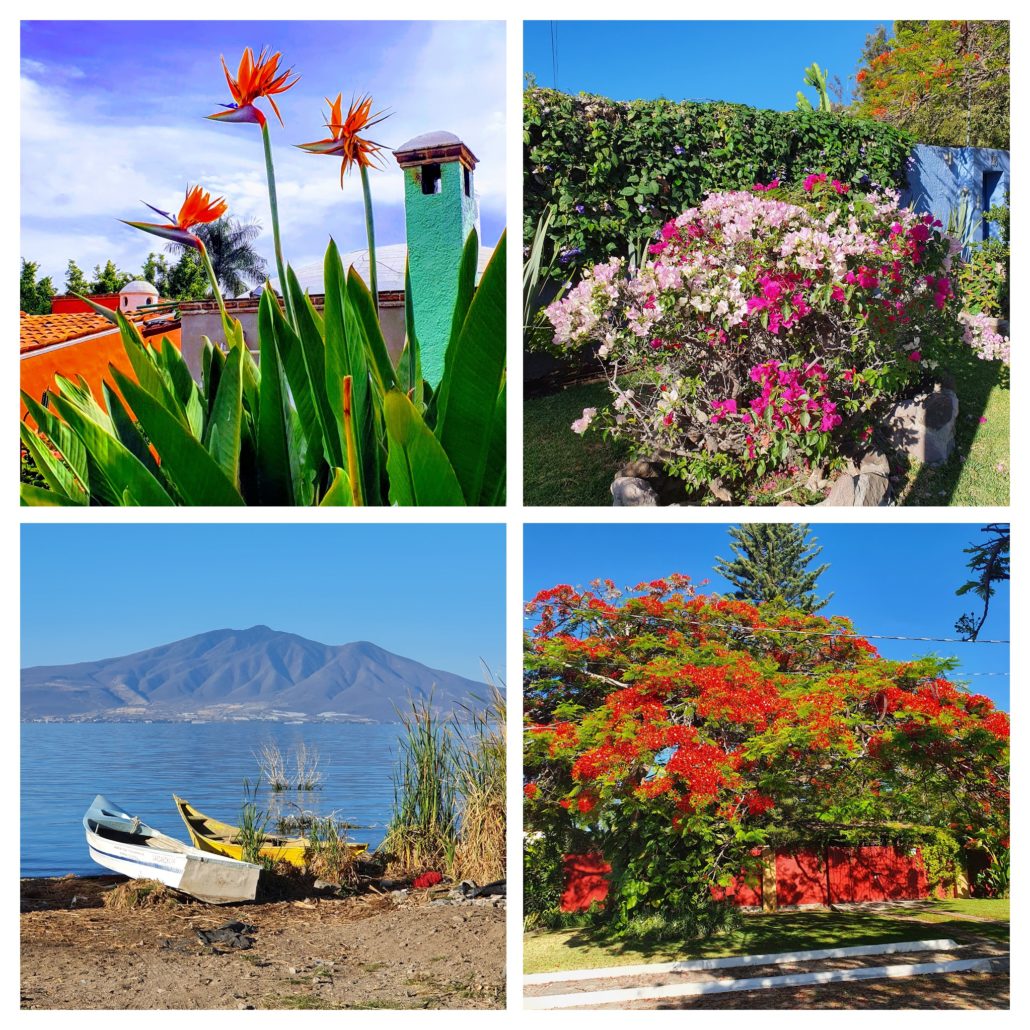 A Lower Cost of Living than the US

Having spent the past ten years in places like Vietnam, Thailand and Bali staying in reasonably priced Airbnb’s or small, family owned hotels and eating delicious inexpensive food at street markets and stalls, it gave us quite a shock to return to the US and face reality!

We didn’t see how we could afford the housing costs, utilities, food shopping and our simple lifestyle on the money we have so we started thinking seriously about finding an overseas retirement location. 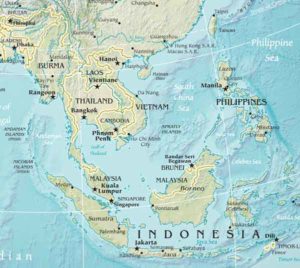 Our research led us to Ajijic, Mexico where it appeared we could live comfortably for around $2,000 a month and we decided to check it out for a year.

We found early on that the cost of living had increased quite rapidly over the last 3 – 5 years, due mainly to the influx of retirees from North America!  Rental property prices had jumped from the $500 a month rental we were expecting to around $800 a month!

To complicate things a little more, we were arriving in November which is the beginning of high season in Ajijic when American and Canadian “snow birds” live here, increasing the expat population by about 2,000! Rentals are hard to come by and are even more expensive during this period!

Bill was able to find a 3 bedroom/2 bath American style ranch house for us for two months which gave us time to search for a long-term rental.  In January we moved into a 2/2 furnished house within our price range, situated in a lovely garden, with a pool, and in walking distance of street markets, supermarkets, coffee shops and restaurants. 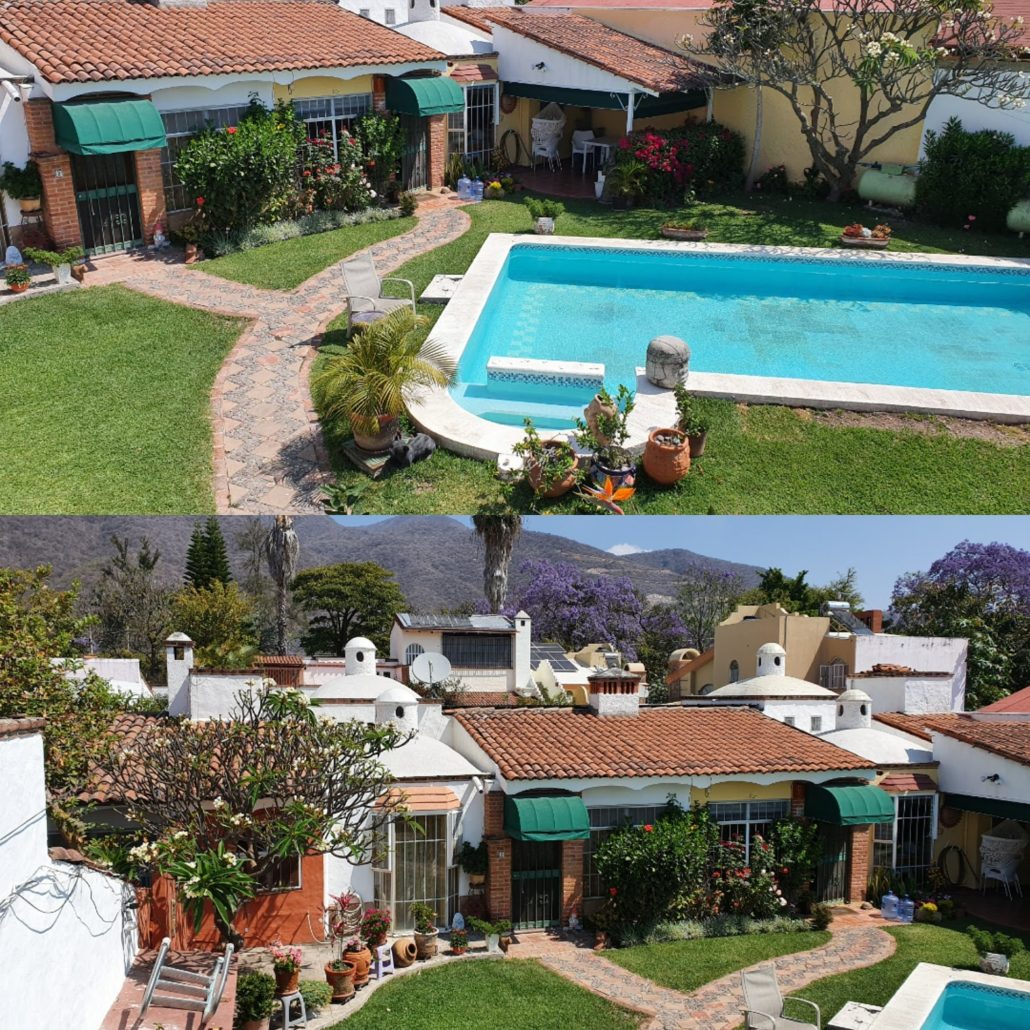 There are plenty of options for grocery shopping here.  Walmart is a good place to get basics – and get your car washed for less than $3.00 while you shop!  Several grocery stores cater to the expat community and you can expect to pay more for imported products.  Costco and Sam’s Club are a 45 minute drive from here on the outskirts of Guadalajara.

For the most part, we shop at Walmart and local supermarkets for the basics and, until recently when the markets were closed down due to the Corona virus, we bought locally grown, fresh vegetables and fruits at street markets.

Proximity to the US

We decided to drive to Ajijic instead of flying so we could do some touring around once we were settled. We took six days to drive the 2,000 miles from Florida, staying in Airbnb’s along the way, however, if we need to return to the States for any reason, Guadalajara Airport is only 35 minutes from Ajijic and offers flights to several major cities in the US at reasonable fares.

Is Ajijic Right for Us?

After five months in Ajijic we feel very comfortable with the lifestyle, we’ve met some interesting, friendly people, we feel very safe, we enjoy the climate and it is definitely less expensive to live here.

So, yes, we would consider this area as a retirement option and will keep you updated via videos and blogs!

Please leave comments and questions below and be sure to subscribe to our new YouTube Channel “You Can Retire Overseas” to discover more about Mexico’s hotspot retirement area!

Please log in again. The login page will open in a new tab. After logging in you can close it and return to this page.